In general, a movie about chess would not normally motivate me to write a review.  But, “A Little Game” starring Ralph Macchio, Janeane Garofalo, F. Murray Abraham, and Olympia Dukakis isn’t just about chess.  Released January 20, “A Little Game” is about a girl named Max whose life is filled with changes that she doesn’t want but must learn to accept.  I quickly felt a connection with Max and her attitude toward change.  In our house, we often joke about how “change is bad.”  Of course, we know that’s not really true but sometimes it feels true.  So when Max began to ask questions like, “Why do things have to change?” It was as if someone had bugged our house and decided to make a movie based on what they heard! Max could have been one of my kids.

This gentle story is surprisingly funny given the serious themes and situations that it addresses.  When I sat down to watch it with my fifteen and ten year-old sons, they were less than enthusiastic about the idea.  But it wasn’t long before they started chuckling at the funny parts and commenting on its wisdom.  Believe me, I was as surprised as you are!

At first glance, “A Little Game” is a movie about a girl struggling with the death of her grandmother while trying to fit in at a new school and learning the game of chess from a grumpy old man.  But when you look deeper, themes of love, sacrifice, hope, confidence in yourself, and the importance of relationships become evident.  While not an overtly faith-based movie, I couldn’t help but feel that God was speaking to Max through the people she encountered.  Just like most of us, it takes Max a while to start listening and an even longer time to act on the words she hears.

I truly enjoyed watching “A Little Game” but the biggest compliment I can give it is that the more I reflect on it, the better I like it.  In fact, I want to watch it again to savor the characters and their wisdom.  Who knows?  I might even take up chess!

May Your Journey Be Blessed, 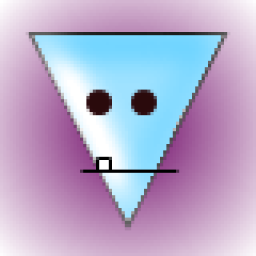 Laura B Nelson--a.k.a. "The Suburban Saint"

Creating an Anxiety Free World, One Blog Post At a Time

keepin' it real in a broken + beautiful world